On the night of Saturday, June 14, 2014, law enforcement Agencies in Van Zandt County were unexpectedly called to deal with a very large pasture party. While pasture parties are nothing new to rural law enforcement agencies, the size of this particular party was something none of the agencies had been faced with before.

Estimates range between 3600 and 5000 young people were in attendance that night. The promoters had failed to provide for the public safety, emergency medical services, fire/rescue, security, or for sewage and sanitation, and the issues surrounding parking of the estimated 2500 to 3500 cars and trucks parking on a single lane county road, blocking emergency vehicles from passing.

The Van Zandt County Sheriff’s Office and the Van Zandt County Constable’s Office Pct. 4 not only responded that night but have since conducted an investigation in cooperation with the Texas Comptroller for Public Accounts, Criminal Investigation Division, and the Texas Alcoholic Beverage Commission, Enforcement Division. With the focus to bring a stop to parties such as this that threaten the public’s safety and violate state law. This party marks the first time Van Zandt County Law Enforcement has seen the commercialization of a pasture party.

While investigating this incident, intelligence was developed that suggests other parties such as this are in various stages of planning and execution using social media to communicate. Meaning this particular party is far from the last. The purpose of releasing this information now is to make the public aware.

Violence, Drug Use, Underage Alcohol Consumption, and other unsafe behaviors were issues during the June 14th party. Two separate shooting incidents were reported, along with several injured people that had either been hit by beer bottles or involved in fights, with one person transported to an area hospital by ambulance.

Because of these facts, we want to urge parents to check the email and social media accounts of their teenage and college age children. Know where your kids are and where they are going. The June 14th party was attended by young people from as far away as Oklahoma, Louisiana, and other regions of Texas. We need the public’s help in preventing and stopping these illegal gatherings, not for us, but for your children’s safety. 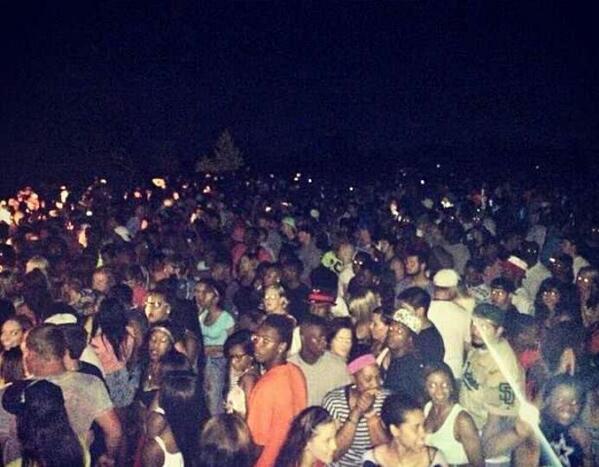